Victory for Geert Wilders would prelude the end of the free world, according to many international outlets. The Guardian's Jon Henley analyses the global attention the Dutch elections attracted.

After an absence of almost a quarter of a century, I wrote about Dutch politics again this week. Perhaps unsurprisingly, they had changed somewhat. But so had the degree of interest shown in them by the outside world.

When I was here before, as a freelance journalist in the late 1980s and early 90s, pretty much the most intriguing question about a Dutch election for most people outside Holland was how amusing the name of the prime minister was going to sound this time.

Those were the years, of course, of Ruud Lubbers and Wim Kok. Of two-party, centre-right and centre-left coalitions between the CDA and the VVD and the CDA and the PvDA. Then D66 joined the mix and it turned purple, which was exciting. Relatively, anyway.

I spent my time writing about the success of the polder model, the decline of pillarisation (verzuiling), and the eminent good sense of the Dutch, who had apparently worked out that compromise and consensus were the best way to run a country.

Or rather, I didn’t spend much time writing about that, because nobody wanted to read about Dutch politics. They were complicated as hell and no one really understood how they worked, but on the whole they clearly did work, so they were boring.

Instead I wrote about drugs, prostitution, euthanasia, dikes, canals, windmills and Anne Frank, which is what people did want to read about. By far the biggest story I covered was the evacuation of 250,000 people for a flood that never happened.

For a few weeks, anyway.

The problem is, though, that because most of the international media had paid little if any attention to Dutch politics for the past several decades, they really didn’t get them. They thought the story was all about Mr Wilders.

Wilders is not complicated

It’s not hard to see why. Wilders was not complicated. They understood him, they knew what he stood for; they had  people like him (well, not completely like him, but similar) at home: populist, nationalist, anti-immigration, anti-EU.

Not only that but only last year, those same people had rocked the liberal establishment to its foundations winning shock victories in two huge votes: in June, Britain voted to leave the European Union; in November, the US elected Donald Trump.

What’s more, two major European countries were due to hold elections later this year, with populists and nationalists seeking breakthroughs: Marine Le Pen should make at least the second round of France’s presidential poll, and Alternative für Deutschland could win its first federal parliament seats in Germany.

The end of the liberal order

So there it was, the perfect narrative: Wilders – winning in the polls for the best part of two years – was, after Brexit and Trump, the third domino in a row of five. His win would trigger President Le Pen and a powerful AfD. And that would mean the collapse of the EU and the end of the liberal world order. Easy.

Except, of course, he wasn’t. He never fitted in that pattern.

Your prime minister didn’t help, doing his best to portray the election in those terms too, talking of dramatic consequences and domino effects whenever he could. But that was just so he could frame the vote as a straightforward clash between Rutte and Wilders, continuity and chaos, safety and danger, normal and nuts.

But the reality was different. For starters, your election differed totally from Trump’s election and the Brexit referendum. Those were one-on-one, winner-take-all contests, for which the victor needed 50% – or in the US poll, nearly 50% – of the vote.

Here, 28 parties (seriously, Netherlands?) were standing in a general election run on a system of extreme proportional representation which meant that maybe 13 or 14 of them would enter parliament, including six with 10 or more MPs.

In fact, what much of the the international media turned your election into – that mano-a-mano showdown between Rutte (good) and Wilders (bad) – represented less than 35% of the national vote, in total. Was that the real story?

Plus, there were a few post-election objections to the domino theory. All the main parties had vowed not to work with Wilders. So even if the PVV had ended up as the largest party, it would almost certainly have been locked out of government.

And if by some miracle that had not been the case, then in order to pass any new legislation, Wilders would have needed the backing not only of the lower house, which he didn’t have, but of the senate, where he has all of nine seats.

In short, Wilders may draw comparisons with Trump and Brexit – in hairstyle, campaign slogans, presentation and predilection for communicating by Twitter – but to anyone with any understanding, however limited, of Dutch politics, a vital domino in the line that led to the end of the world he was not.

(For anyone interested, Marine Le Pen – if she wins – may not be either. Take her promise to hold a Frexit referendum: France’s constitution says France is a member of the EU; constitutional needs the backing of both houses of parliament or a referendum; calling a referendum needs the approval of the constitutional court, etc etc.)

Of course, a Wilders victory would have been a big psychological blow to Europe; you need only see the ecstatic reactions of European leaders to his defeat to realise that. But in terms of concrete, practical, real-world consequences? I’m not so sure.

The real stories of this election were altogether more complex, subtle and, well, Dutch: the continuing fragmentation of the vote; the decline in support for the traditional mainstream parties that have governed the Netherlands since the war; the near-total collapse of the centre-left; the rise of GroenLinks; the first seats won by Denk and Forum for Democracy.

I tried to explain this as much as I could, here for example, and here, here and here. But complex and subtle is not simple and potentially world-ending, unfortunately, so not all my colleagues in the international media followed suit.

You, though, should count yourselves fortunate. The global media circus will now go back to ignoring Dutch politics for a few years. And hey – at least your prime minister’s names no longer makes people giggle.

Jon Henley is the Guardian's European affairs correspondent. The Dutch translation of this article can be found here. 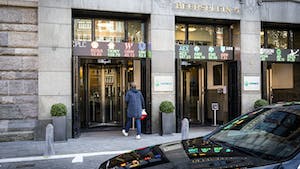 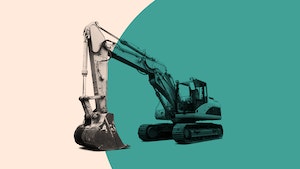 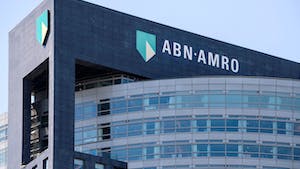 Mister Henley, dear sir. Thank you for your interest in our humble country with the funny names of any Prime Minister. You are right, Wilders only exist through fear for immigration. Nothing else. He doesn't bring anything or anybody else to the plate. His party is an one-man-show. An air balloon filled with confetti. No substance, no backbone, fear is his message. You made the mistake of the century by asking the voters in a referendum for a Brexit. If we should make that same mistake, we would be out of the EU as well. You stated "Nobody wanted to read about Dutch politics". Who is nobody. The same nobodies who didn't understand what the EU was all about. The election in France will be totally different. Nothing to do with Wilders and his One Man Show. Hope you can pronounce Marine le Pen. Not a yellow submarine, but one to remember. Hope the weather is sunny in Paris and Berlin, later in the year. Bye.

P.S. Is Winston still Prime minister in Britain? After the Brexit is final, England will become the "Volendam" of Europe. We will stand in a special line again, at your custom's control and Chinese and Japanese tourists will visit you. Having a real taste of the "Vintage Europe", you cannot find anywhere else and a whisker of British humor, off course.

Hey Jon. I was just pulling your leg. British people are probably not familiar with Volendam from the famous rockband BZN. They sell smoked eel and dress up, for the tourists. Originally boat people, fishermen and/or what is left of this ones vibrant industry. We can also, sail in 5 hours from Hook to Harich, to visit your wonderful island. What I really wanted to say is, that you will be the "Cuba" of Europe. Still driving on the left, with your Beef Eaters, Guards with funny heads, James Bond and East Enders. Whatever happens to you. We will be friends in good times and in bad times. So long mate.

Morning Jon. You call yourself a journalist with special attention for Europe, meaning the continent, probably. My reactions came out of frustration. I found your article a bit snobbish. Like you are watching us from high up somewhere. Well you have got Farage and Ukip. We have got Wilders and the PVV. Spot the difference. We have got a multiculti society and yours is even more varied than ours. We try to stay boss in our own country and so do you. And off course the powerful people are the ones that run the BBC en Sky. With us the NOS en RTL. They only fish in the same pont. We call the Netherlands: The promised land on the North Sea.

P.S. "pont" should be pond. Did you know that most flights from Schiphol/Amsterdam go to Britain. Maybe just for the hub. I don't know. I think we have a problem there. I don't trust it. Could you check, being a continental specialist. thanks.