Ten years ago, Germany was considered the sick man of Europe. Its economy was mired in recession, while the rest of Europe was recovering; its unemployment rate was higher than the eurozone average; it was violating the European budget rules by running excessive deficits; and its financial system was in crisis. A decade later, Germany is considered a role model for everyone else. But should it be?

In considering which lessons of Germany’s turnaround should be applied to other eurozone countries, one must distinguish between what government can do and what remains the responsibility of business, workers, and society at large.

The one area in which government clearly is in charge is public finance. In 2003, Germany ran a fiscal deficit that was close to 4% of GDP – perhaps not high by today’s standards, but higher than the EU average at the time. Today, Germany has a balanced budget, whereas most other eurozone countries are running deficits that are higher than Germany’s ten years ago.

The turnaround in Germany’s public finances was due mostly to a reduction in expenditure. In 2003, general government expenditure amounted to 48.5% of GDP, above the eurozone average. But expenditure was cut by five percentage points of GDP during the next five years. As a result, on the eve of the Great Recession that began in 2008, Germany had one of the lowest expenditure ratios in Europe.

But the government could not really do much about Germany’s key problem, namely its perceived lack of competitiveness. It is difficult to imagine today, but during the euro’s first years, Germany was widely considered uncompetitive, owing to its high wage costs.

When the euro was introduced, it was widely feared that Germany’s competitiveness problem could not be resolved, because the authorities would no longer be able to adjust the exchange rate. But, as we now know, Germany did become competitive again – too competitive, according to some, owing to a combination of wage restraint and productivity-enhancing structural reforms.

In fact, that analysis is only half right. On one hand, wage restraint was the key element, though the government could not impose it. Persistently high unemployment forced workers to accept lower wages and longer working hours, while wages continued to increase by 2-3% per year in the eurozone’s booming peripheral countries.

On the other hand, while the German government did enact important labor-market reforms a decade or so ago, those measures apparently had no impact on productivity. All of the available data show that Germany had one of Europe’s lowest rates of productivity growth over the last ten years.

That is not surprising, given the absence of any reforms whatsoever in the service sector, which is widely regarded as over-regulated and protected. Manufacturing productivity increased somewhat, owing to intense international competition. But, even in Germany, the service sector remains twice as large as the industrial branches.

Deep service-sector reforms would thus be necessary to generate meaningful productivity gains in the German economy. But this did not happen even in 2003, because all the attention was focused on international competitiveness and manufacturing.

But the biggest challenge for countries such as Italy or Spain remains competitiveness. The periphery can grow again only if it succeeds in exporting more. Wages are already falling under the weight of extremely high unemployment rates. But this is the most painful way out, and it generates intense social and political instability. A much better way to reduce labor costs would be to increase productivity – and Germany is no model in this respect.

Fortunately, however, some peripheral countries are now being forced by their creditors to undertake drastic reforms not only of their labor markets, but also of their service sectors. The reforms, even if initially implemented under duress, represent the strongest grounds for optimism. Over time, they will foster productivity and flexibility, and the countries that implement them thoroughly should thus become more competitive.

The most important lesson that has emerged from the reversal of fortunes within the eurozone over the last ten years is that one should not extrapolate from the difficulties of the moment. The reforms undertaken in some peripheral countries are much deeper than those undertaken by Germany a decade ago. Those countries that persist with these reform efforts could well emerge leaner and more competitive.

Those that do not (Italy appears to be heading in this direction) will be stuck in a low-growth trap for a long time, while Germany’s top position is not guaranteed forever. Indeed, where individual countries will end up in ten years is highly uncertain, and the current pecking order within the European economy could change quickly.

Daniel Gros is Director of the Center for European Policy Studies. 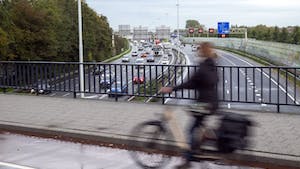 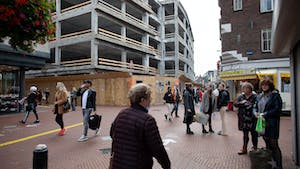 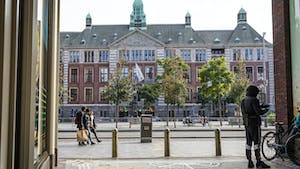